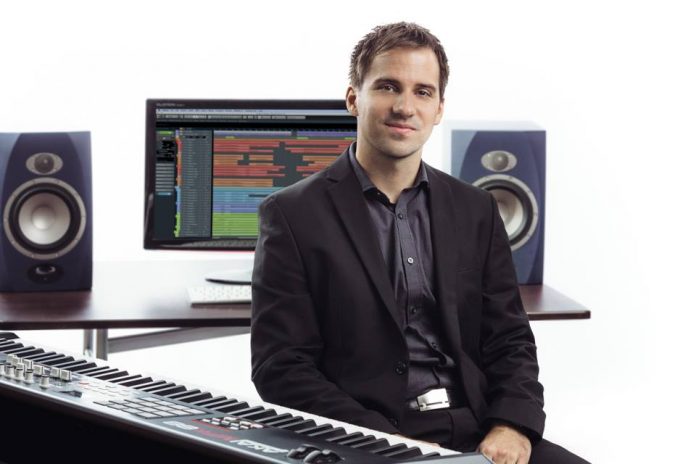 At Eurovision 2017, Slovenia was represented by Omar Naber with the song On my way, in creation of which you participated as a composer/arranger. What’s the story behind that?

-An interesting fact – I had met Omar a couple of years ago as part of a Slovenian-Croatian music project we were discussing that involved Croatian singer Franka Batelić – with whom we were going to Berklee College of Music in Boston at the time. Who would have thought that a few years later Omar and Franka would go on to represent their respective countries in Eurovision, one after another.Anyhow, to get back to your question: I’ve been working with Omar, who is one of the best vocalists in Slovenia and an incredible musician. He showed me a demo and I suggested he try to enter the song into the national Eurovision selection. We worked on the song together, I orchestrate it and it ultimately won the EMA 2017.

What do you think about the Eurovision Song Contest in general? Do you watch the show every year? 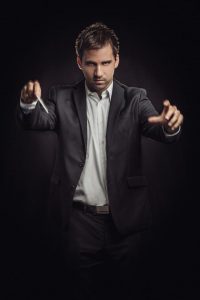 -I used to watch Eurovision every year as a kid and also many times after that when I lived in Europe. Ever since I haven’t been following it that closely, but I still read about it in the media and watch a few performances, especially the artists/countries that I know or have worked with. I think it’s a great show. The fact that so many different countries, cultures, languages, and styles come together to present their music is just fascinating. Not to mention the extraordinary TV production which is probably one of the best in the world.

Your personal story goes from Hollywood to Eurovision, in fact from Slovenia to the top of the world music industry. As the most successful student of the AS Foundation, you studied at Berklee College of Music from 2011 to 2014. Now You are working in L.A. Tell us more about this story, it sounds like from a movie?

-Haha. You might want to add that before 2011 my career was in international relations, far away from music and composing was more or less a hobby, despite the fact I had a couple of successful pieces, as well as entries in national Eurovision selections. Then I decided to go try the highly selective audition for Berklee. I got in and was also offered a scholarship which made me make up my mind and move to America. After I graduated in 2014, I moved to Los Angeles and started working in the music industry. My first gig was John Groban’s album Stageswhich was a great project to start with and learn how they do things in Hollywood.

Let’s say the rules are changed and the next Eurovision Song Contest is not automatically organized in the winning country. What would this mean? Would the magic be lost, since it is probably every singer’s dream to win and bring the festival to their home nation? 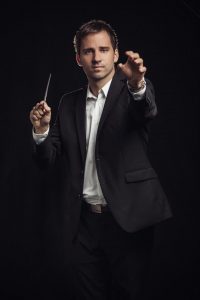 -It would definitely be a significant change to the format and tradition of the contest and would also raise the question of the criteria on how to choose the host country in a fair manner acceptable by all participating countries. On the other hand, there are many participants in the contest that would likely have enormous problems in case they won and had to organize the contest of such scope, in which case the change of the host could happen anyways.

Is your family also into music?

-Yes, they are all quite musical – except maybe for my brother, who on the other hand is still an enthusiast and a great connoisseur of classical and rock genres. That said, only my father took music lessons when he was a kid, everyone else plays/sings by ear.

From which famous musicians have you learned the most? Which musicians do you look up to and who are your favorite musicians?

-Well, that’s a tough question, because there are so many musicians whom I admire for different aspects of their work and career. Out of the people on whose projects I worked recently I would definitely mention Herb Alpert, who is just an amazing musician and such a great human being, as well as Barbra Streisand with her incredible charisma and interpretation.

Were you influenced by old records & tapes? Which ones?

-Hmm, I actually grew up in the “transitional” era when CD’s and mp3’s started replacing tapes (my grandmother had some vinyls, but at that time they were mostly gone from our house). I still keep a bunch of tapes in my drawers. I don’t remember any specific favorites, but most likely I would go with mixtapes that my brother made for me, including songs from the Beatles, Rolling Stones, Queen, to Jean Michel Jarre, Vangelis, and many others.

–I do. Actually, it is hard for me to think of a genre that I really dislike. There are so many various pieces of music that I listen to and get inspired by. Folk music around the world is especially interesting and should be studied by every musician to enrich their creative vocabulary with new melodic, harmonic, rhythmic and instrumental concepts.

Let’s talk about soundtracks. What’s your favourite? Which film composer do you like the most? Do you like writing music for film? 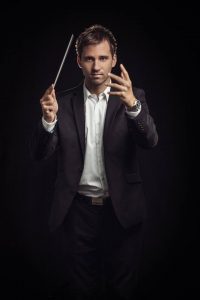 –Again, there are so many terrific soundtracks and film composers. If I had to pick one, I would definitely mention maestro John Williams whom I had the honor to share the stage with at the Bostony Symphony Orchestra concert a few years ago. His score for movies such as E.T., Star Wars, Jurassic Park,Home Alone, etc. had a great impact on me. Howard Shore’s score for The Lord of the Ringsseries is another such example. I appreciate the works of many other current composers, such as Alexandre Desplat, John Debney, John Powell, and others.

Off topic – is it now easier and more perspective in America for someone who is from Slovenia, since the First Lady is from Slovenia? Do you have any additional benefits or that has nothing to do with music?

–Well, I haven’t really noticed any changes since Mrs. Melania Trump became the first Slovenian-born First Lady of the United States (and only the second foreign-born U.S. First Lady in history, succeeding Louisa Adams after almost two hundred years!). It might be a bit easier to explain where I’m from to people I meet, although I believe that finding Slovenia on a map would still be quite a challenge for most …

Back to music – what advice would you give to beginners, just starting their music careers?

–Learn, study, experiment. Don’t be afraid to go out of your comfort zone in order to grow. And always stay true to yourself.

To wrap up, what is your message for Eurovision 2018 participants and fans?

–Enjoy the music and the show, feel the inspiration, make new friends, and have fun! 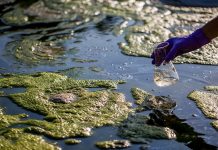 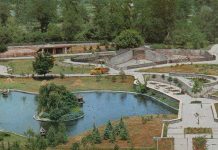 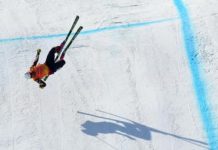